Everything You Need To Know About The Tesla Powerwall

What Is Tesla Powerwall?

Tesla Powerwall is an energy storage system, or in layman’s terms a really big battery.

Currently,  your solar system is generating power during the day, what you don’t consume gets sent back into the grid.

Rather than sending the power back into the grid, once you install a battery storage system like a Powerwall, the battery system will capture the energy and store it.

The battery system will then kick in when the consumption of the home is greater than the generation of the solar system, which is usually at night. That means instead of drawing from the grid you can use your very own clean, green energy that you have generated during the day.

Tesla Powerwall has gained popularity over the years in Australia because the uptake of solar is so high and Australians love increasing their homes autonomy and being less reliant on the grid.

Another great aspect of Tesla Powerwall is that it is an AC coupled battery. This means it can be easily retrofitted to any existing solar system.

It can even be fitted to a home without solar!

What Is The Capacity Of Tesla Powerwall?

Tesla Powerwall is a 14kWh battery with 13.5kWh of usable energy storage. This is certainly enough to cover the energy load of an average Australian residential property overnight. To put it into context your average home in somewhere like Sydney consumes around 20 kWh of power throughout the course of a whole day. 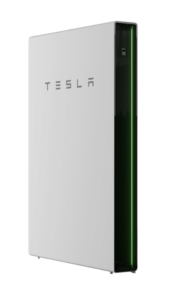 Does Tesla Powerwall Include Blackout Protection?

One of the most commonly asked questions from customers who are investigating Tesla Powerwall is the backup functionality. We completely understand, it’s such an important question to ask when looking at battery storage.

Not only are blackouts frustrating but they can also be damaging, you can lose everything in the fridge, it can stop you in your tracks if you’re someone who is working from home and for those with electric gates or garages which are heavy, it can be very difficult to leave in an emergency.

Tesla Powerwall will kick in when the grid goes down, providing full home back up or back across selected circuits.

Another amazing feature is the ability to set a minimum power reserve to ensure that the moment you do have a blackout, there is enough energy stored of your choice to power what’s needed. What a great feature.

The blackout protection is a seriously major selling point of Tesla Powerwall, with a lot of upside and literally no downside, protecting you and your family against blackouts.

What Is The Warranty On Powerwall?

The first part of the warranty states if you are using Powerwall for solar self-consumption, time-based control, and backup the battery will maintain 70% of its capacity following the initial installation date, for unlimited cycles across a 10-year warranty period.

Basically, if you are using your Tesla Powerwall in a pretty standard setting then the warranty will cover you for 10 years and guarantee 70% usable capacity relative to the 13.5kWh output from day 1 for unlimited cycles.

Where it can get slightly confusing is the next section. It talks about if you use Tesla Powerwall  for what they consider to be “any other application or combination of applications” the warranty will change a little bit. They will still guarantee 70% at the end of the 10 year warranty period but it will have a 37.8MWh aggregate throughput cap.

The aggregate throughput cap just limits the warranty period so you can’t pump through cycles all day every day and still get the same warranty. It would be like giving a taxi driver the same unlimited  km warranty on a car that will do exponentially more kms than your average Joe.

What Is The Tesla App?

One of the coolest things about the Powerwall is the integration and access with the Tesla app. We will run over this as a separate video because there is so much to cover but it has amazing functionally and some really cool insight into your power usage and live consumption data.

At any point, they can see what their solar is producing, and how much energy their home is drawing and where the energy is coming from. When you dive into the details of the specifications, Powerwall boasts a huge 5kW  max continuous charge and discharge rate, which is essentially saying you can completely charge your battery in under 3 hours and empty it again at the same rate. It can also handle a peak charge and discharge load of 7kW for a max of 10 seconds.

Having the ability to charge your Powerwall in under 3 hours is pretty amazing, especially if you think about it in a practical setting.

Let’s say you leave for work at 7am every day. Before you leave you turn on the dishwasher, which runs for say 2 hours consuming mostly solar energy. Around midday you have another appliance on a timer which is also using solar energy, except midday is when your solar system is producing the most amount of energy.

In a lot of cases even though your solar system is offsetting the consumption from an appliance or two, it’s likely there is a lot of excess energy still being generated. This excess energy will be pumping throughout the rest of the afternoon.

Tesla Powerwall has the ability to handle 5kWs of continuous charge which means even if you are smart with your self-consumption through the day you can still take good advantage of that extra solar you are generating by storing it in your battery to be used at night!

It is incredibly hard to achieve 100% self-consumption unless you have a small solar system so that excess can now go to even better use!

When we look at environmental specs, it is rated to work from as low as -20 degrees Celsius all the way up to 50 degrees with an optimal range of 0 degrees to 30 degrees. Basically, it is pretty much good to go in nearly anything Australia can throw at it, reasonably speaking.

It doesn’t like being installed at anything above 3000m so we could put one at the top of mount Kosciuszko and still have 772m of head room.

They also have a sensational noise rating and have an IP rating of 67 for the battery and power electronics.

There are some more technical details and if you are keen to read everything, we have included a link to the data sheet in the description below.

What Is The Powerwall Made From?

The cell chemistry of a battery is talked about alot when people are looking into storage for their home or business.

The Tesla Powerwall is made up of Lithium NMC, which is Nikel, Magnesium and Cobalt.

This cell chemistry is a similar cell chemistry to what Tesla uses in their cars. It is great for battery density which essentially means storing more energy in a smaller space and has the ability to charge and discharge very quickly. 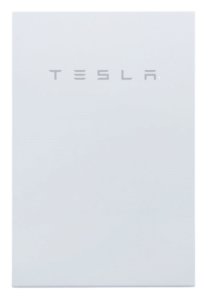 What Is Tesla Powerwall Time-Based Control?

Time-Based Control is some very cool technology built into your Tesla Powerwall. It learns and then predicts the cost of energy during any given period and then can decide when to charge and discharge to maximise savings.

You punch in your own charges from your retailer and then select your mode of choice in the Tesla App. Then as Tesla’s intelligent forecasting software learns more about your energy usage it is able to predict when you’re going to need to purchase power. It can then predict and decide when to charge when energy from the grid is cheap and leverages your solar, then discharges when it becomes more expensive.

What Is Powerwall Made From?

The cell chemistry of a battery is talked about a lot when people are looking into storage for their home or business.

Tesla Powerwall is made up of Lithium NMC, which is Nikel, Magnesium and Cobalt.

This cell chemistry is a similar cell chemistry to what Tesla uses in their cars. It is great for battery density which essentially means storing more energy in a smaller space and has the ability to charge and discharge very quickly.

Where Is Tesla Powerwall Made?

Powerwall is famously made in the Tesla Gigafactory, in Nevada in the USA.

Where Can Tesla Powerwall Be Installed?

This is another very cool thing about Tesla Powerwall. It can be installed just about anywhere depending on regulatory guidelines. There are a few batteries on the market that have some significant limitations due to their inability to be installed outdoors but Powerwall is not one of them.

Like any electrical device it doesn’t like to get too much direct sun so shade can be important however it handles other elements like wind and rain no problem at all. 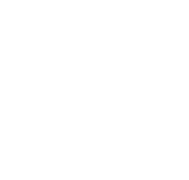 Can I Have More Than One Tesla Powerwall?

You can install up to 10 Tesla Powerwall’s working together.

How Long Does It Take To Get Tesla Powerwall Installed?

Cable run, battery positioning, complexities with the house itself will all contribute to how long it takes to install the battery.

On average the installation of Tesla Powerwall in a residential setting is about 4 – 6 hours, with a team of 2 installers.

Can Tesla Powerwall Charge My EV?

Short answer, yes. Long answer, of course it can but it won’t charge the whole thing. To put it into context, the current 2021 Tesla Model 3 has an 82-kWh battery. So, if you were to have one Powerwall at full capacity, it could charge just shy of 20% of your model 3’s battery.

It isn’t bad considering you won’t be chewing through a whole charge of your model 3 every day unless you are doing over 500kms of driving a day! 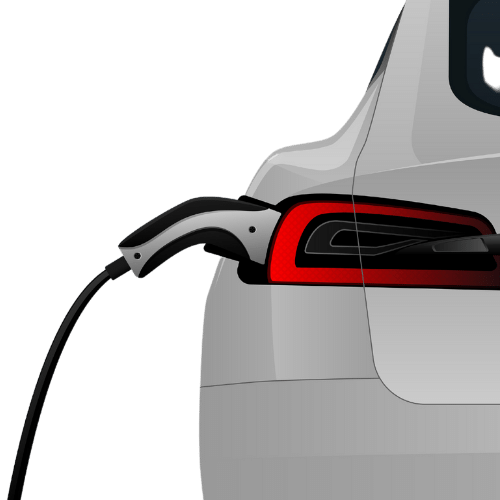 Where Is Tesla Powerwall Available In Australia?

Anywhere! From Sydney, Perth, Hobart, Darwin, Brisbane, Melbourne, Adelaide, Wagga Wagga, Dubbo, Newcastle Wollongong, we could keep going on but you get the idea. If you live in Australia, you can get a Powerwall. 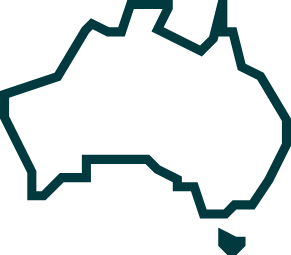 How Much Is Tesla Powerwall?

To get an accurate price on Tesla Powerwall it is best to ask at the time you are interested. There are a lot of moving parts and things can change. Plus, it is easy to find out. Just request a call from Teho or give us a call on 1300 22 92 92 and we will be able to provide a quote for your specific situation.

Watch Our Video On Tesla Powerwall

Time To Get A Quote!

Most frequently asked questions and answers

How Much Is A Tesla Powerwall?

A Tesla Powerwall will range in price depending on a few things like, who you buy it off and multiple site specific variables. It is best to request a specific quote for your home to find out exactly how much it will cost.

How Big Is A Tesla Powerwall in kWh?

What Is The Physical Size Of Tesla Powerwall?

Where Can Tesla Powerwall Be Installed?

Tesla Powerwall can be installed indoors and outdoors thanks to it’s IP rating of 67. It can be mounted on the ground or wall mounted.

Does A Tesla Powerwall Work In A Blackout?

Yes. In the event of a blackout Tesla Powerwall can power any of the circuits it has been connected to with the charge in it’s battery.